I`m sure many people reading this will know what pack-rats the Germans were during WW2 putting alll sorts of captured vehicles and equipment to use. The field conversions of von Luck with 21st Panzer in Normandy are also well documented, well i found an unusual one - 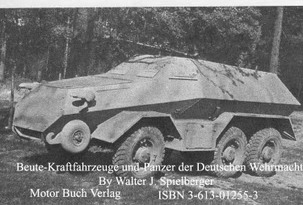 This interesting conversion is actually a Laffly W15 truck, the Germans built an armoured super-structure to the chassis.
Alan Maccoubry tells me there is a photo of one near Rheins in Normandy taken in 1944. 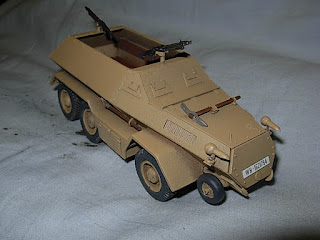 I found this pic on the web of someones attempt to build one in 1/35th scale, using this (and a couple more images off the modelling site), I decided to build my own in 1/72nd 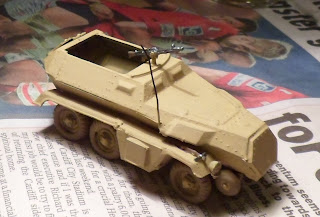 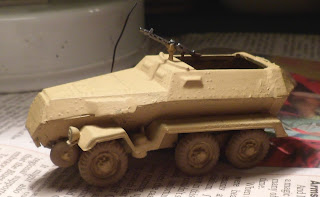 Using a venerable Esci Sdkfz251 (at least 30yrs old) for the super-structure and a white metal kit W15 from EWM and lots of plasticard, cutting, fitting and swearing - I don`t think shes half-bad.
Posted by Richard B at 23:48