T28 sp halftrack, based on this photo - 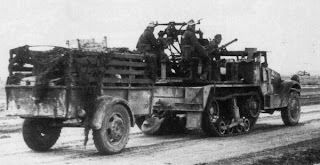 Now I`ve studied the photo carefully and can`t find any evidence on the twin .50cal water cooled HMGs, I have therefore assumed the Germans stripped them after running out of ammo 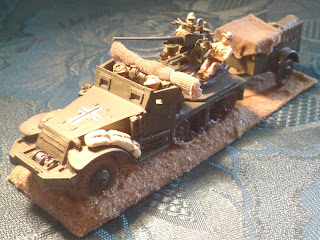 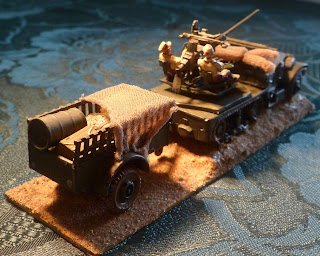 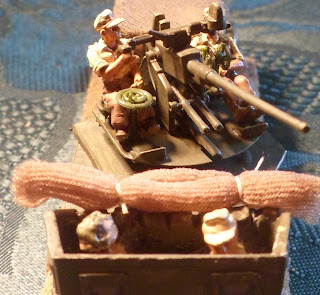 The chassis is a Raventhorpe - Ready to Roll M15, the gun is the Zvezda Soviet 37mm (modified with a new base), I head-swopped the Raventhorpe halftrack crew using their own seperate heads (which are excellent and worth checking out), the gun crew are AB; The "Ben Hur" trailer is the Airfix one much modified with added stowage and netting (made from one of my wifes old stockings - mmh!) 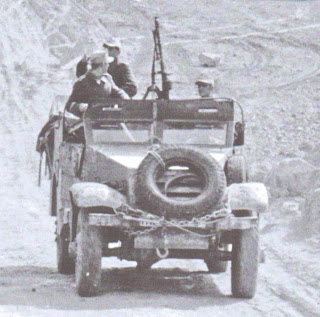 A really nice pic of a White Scout car, this one being used by 69th Panzergrenadier Regiment nr Thala in February `43. The original pic from Gillono`s "Panzers of Kasserine" shows a whole column of mixed vehicles including several M3 halftracks, jeeps and even an British Morris alongside German trucks and halftracks, etc. 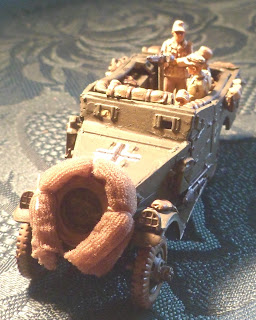 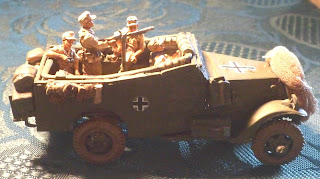 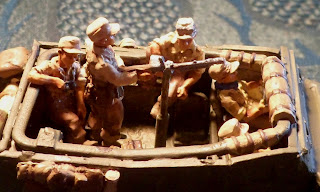 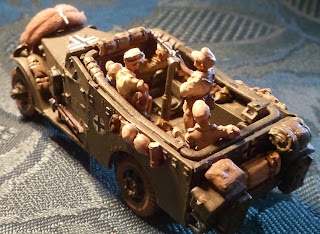 The model is a venerable Esci kit (must be 30yrs old at least), stripped and re-built, lots of added stowage, the crew are AB Figures, a mix of thier DAK Sdkfz251 crew and vehicle passenger sets - very nice too IMHO