The French forces in Tunisia were on the whole poorly equipped, but still thrown into the front lines against the advancing Germans. Mostly they appear to have had 1940 era kit, with limited armour or artillery and virtually nothing in the way of anti-aircraft or anti-tank defence. Again the various books and internet galleries reveal some excellent potential for modelling. 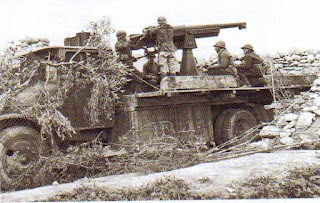 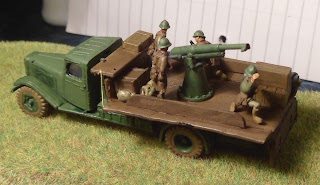 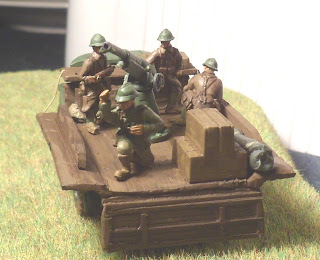 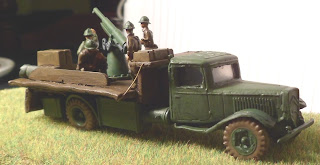 My version
Based on a SHQ Citroen 3-tonner with a smashing resin gun and mount from Moonlite Modelwerks
This model took considerable modification to the cargo bed, note the inclusion of "see-through" glass in the cab
I added the seats and racking & Mixed stowage and a crew from SHQ (the gun commander was a Pole)
Posted by Richard B at 02:06