I`ve started building a German force for Tunisia (Nov`42 - May`43), again this is a side-show campaign, but there are some excellent photographs showing captured US and allied vehicles being used against their former owners, modelling challanges, but well worth the effort. 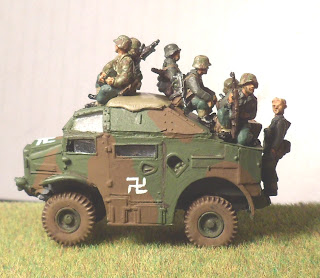 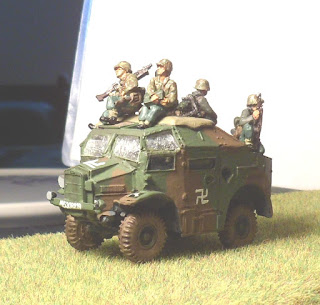 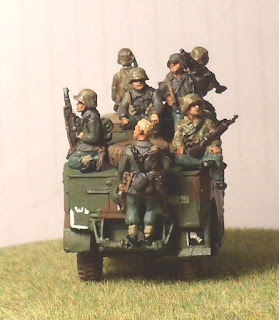 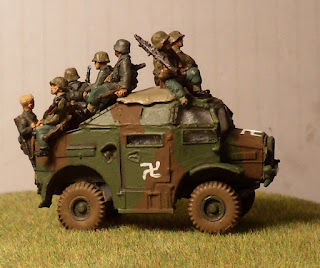 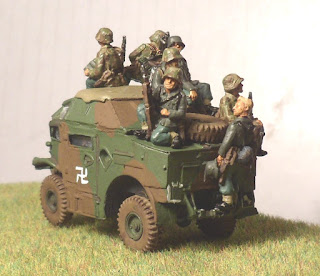 A captured Morris Quad
(based on a photo from Leygat`s "Campagne de Tunisie")
The Morris is from Milicast, the figures are AB 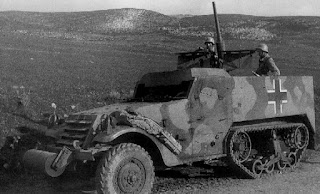 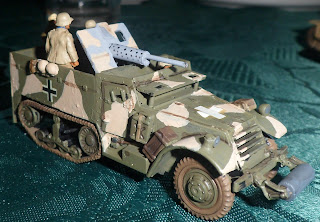 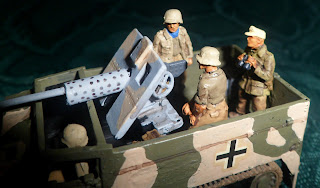 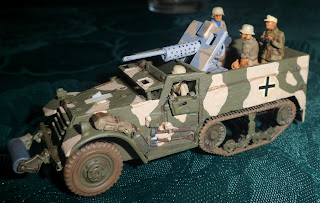 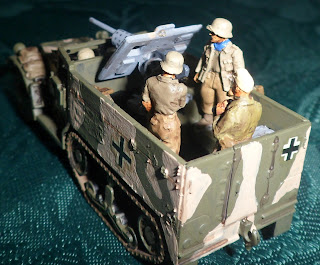 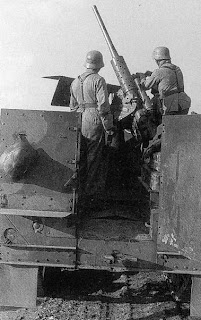 
Pictured in Tunisia 1943, probably one of a number taken by 10th Panzer at Kesserine off the US 6th Armoured Infantry. This one has been up-gunned with a French 37mm CA/SMCA mle 1925 single AA gun.

, the track is an old Fujimi model (at least 20yrs old), the crew are AB. (I`ve only seen photos of this gun as a naval mount, so assumed the Germans took it off a French ship, I`ve therefore decided to leave it ship grey with rough camo painted over by its new owners)
Posted by Richard B at 10:02